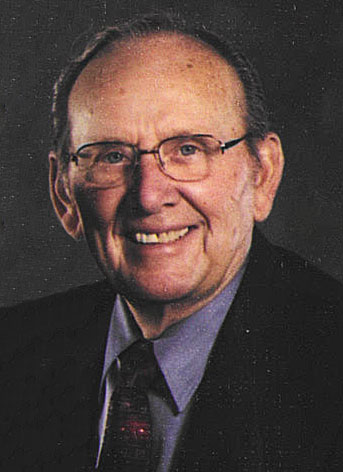 James L. Mitchell
Wee-Ma-Tuk-James "Jim" Mitchell, 85, passed away, Thursday, August 4, 2022, at his home in Cuba.
He was born on May 8, 1937 in Knox, Missouri to Elbert and Lucille (Stutsman) Mitchell. They preceded him in death along with one son Steve and one brother Vernie.
He married Patricia "Pat" McDougal in the Chapel on Loring Air Force Base in Limestone, Maine. She survives.
Also surviving is one son, Jeff (Julie) Mitchell of Lebanon, Ohio, one brother, Mike Mitchell of Indiana, two sisters, Elda Churchill of Duqion, Illinois, Linda Sidwell of St Joseph, Illinois, seven grandchildren, Jared, Jillian, Jonathan, Steve, Bobby, Dan (Ania) and Lara, three great grandchildren, Steve, Layla and Ava and several beloved nieces and nephews
Jim served in the U.S. Air Force and retired in 1974. After his retirement he and his wife Pat owned and operated Mitchell Realty and later Mitchell Appraisal. He was a lifetime member of the American Legion. Jim was very community minded. He served on the Fulton County Tax Review Board, a past President of the Canton Area Chamber of Commerce, served as a board member of the Fulton/Schuyler American Red Cross, served on the board for the local American Heart Association and Habitat for Humanity. He was also a private pilot and a flight instructor. He was a member of the Fulton County Flying Club and active in the annual Fly-In Breakfasts.
Cremation rites have been accorded by Oaks-Hines Funeral Home and Crematory in Canton. Per his wishes there will be no services. A burial of his ashes will be held at Fiatt Cemetery at a later date.
Memorials may be made to Fulton-Mason Crisis Service.
To leave online condolences, please visit www.oakshinesfuneralhome.com.

Services for Jim haven't been added yet. Sign up below to be notified when the services are updated.