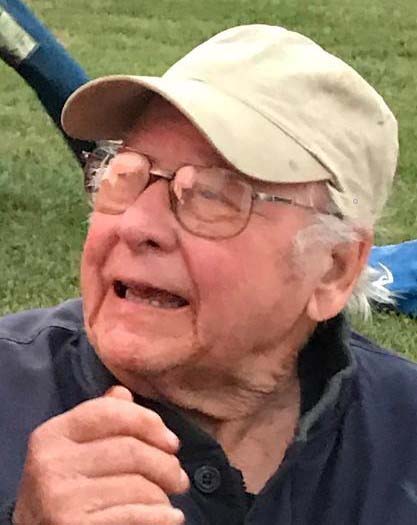 Jackie French
Gilson- Jackie French, 87, of Gilson, passed away, Friday, July 15, 2022, at Courtyard Estates in Farmington.
He was born on October 7, 1934, in Carbondale, to Homer and Coleda (Russell) French. They preceded him in death.
Jackie married Patricia (Priddy) French on May 21, 1956. She preceded him in death on June 9, 2017. Also preceding him in death is one daughter, Regina French, one brother Frankie French and one grandson, Zackory French.
He is survived by three children, Raye (the late Jim) Burdin of Glasford, Rex (Laura) French of Bath, and Rita Callister of Elmwood, one sister, Alice (Henry) Cakora of Pekin, four grandchildren, Melisha French, Jake Callister, Ethan Callister and Quincey French, and five great grandchildren.
Jackie worked at Caterpillar for 30 years. He retired in 1986. He was a member of the former Orange Chapel United Methodist Church in Gilson and recently attended Maquon United Methodist church. He enjoyed mowing his grass, watching Nascar racing, working on his tractors, and being outside.
Graveside services will be held at Orendorff Cemetery in Canton on Tuesday, July 19, 2022 at 3:00 p.m. there will be no visitation.
Memorials may be made to the Maquon United Methodist Church.
To leave online condolences, please visit www.oakshinesfuneralhome.com.