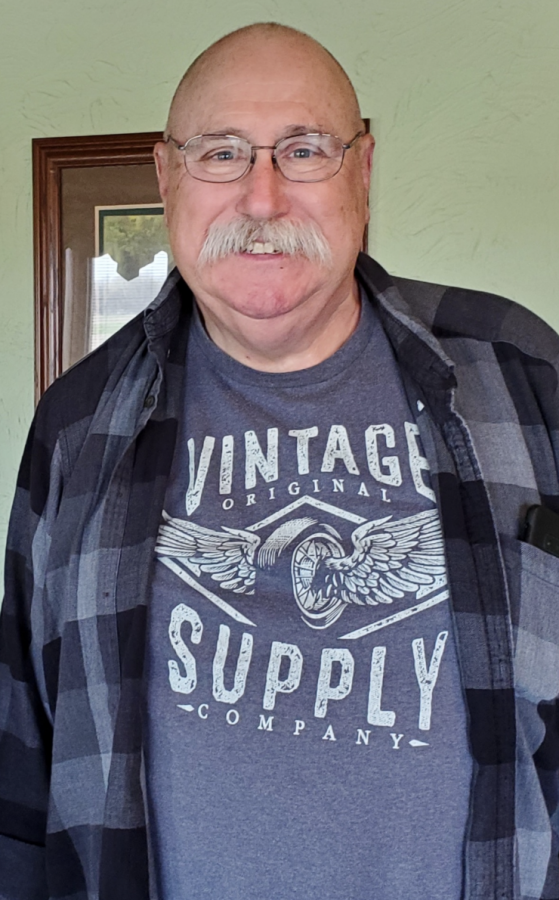 James A. "Jim" Neville
Canton- James A. "Jim" Neville, 73, of Canton, passed away, Tuesday, July 12, 2022, at Richard Owens Hospice Home in Peoria.
He was born on December 17, 1948, in Canton, to James T. and Irene (Heffron) Neville. They preceded him in death along with two sisters, Mary (Gary) Grove and Pat Richardson.
Jim is survived by his wife, Jane (Roselle) Neville whom he married on October 17, 1981, at St. Mary's Catholic Church in Canton.
Also surviving are his two sons, James R. (Julie) Neville of Normal, and John A. (Brenda) Neville of Galesburg, one sister, Alice (Fred) Walker of Canton, three grandchildren, Kaitlyn, Jocelyn and Jillian, and many nieces and nephews.
Jim retired from Caterpillar in 2011 after 42 years of service. He is a Veteran of the United States Army where he served during the Vietnam War. He was a member of St. Mary's Catholic Church in Canton and the Fairview American Legion. Jim enjoyed warm bread and cold beer, tinkering in his shed, and going to car shows. Most of all, Jim loved spending time with his family. He never ate a cinnamon roll that wasn't the best he had ever had.
A funeral mass will be held on Monday, July 18, 2022, at 11:00 a.m. at St. Mary's Catholic Church in Canton. Visitation will be held on Monday before the mass at Oaks-Hines Funeral Home in Canton from 9:00 a.m. until 10:45 a.m. Burial will be held at St. Joseph Cemetery following the funeral mass.
Memorials may be made to Fairview Fire Protection District, or to St. Mary's Food Pantry.
To leave online condolences, or to view Jim's video tribute please visit www.oakshinesfuneralhome.com.