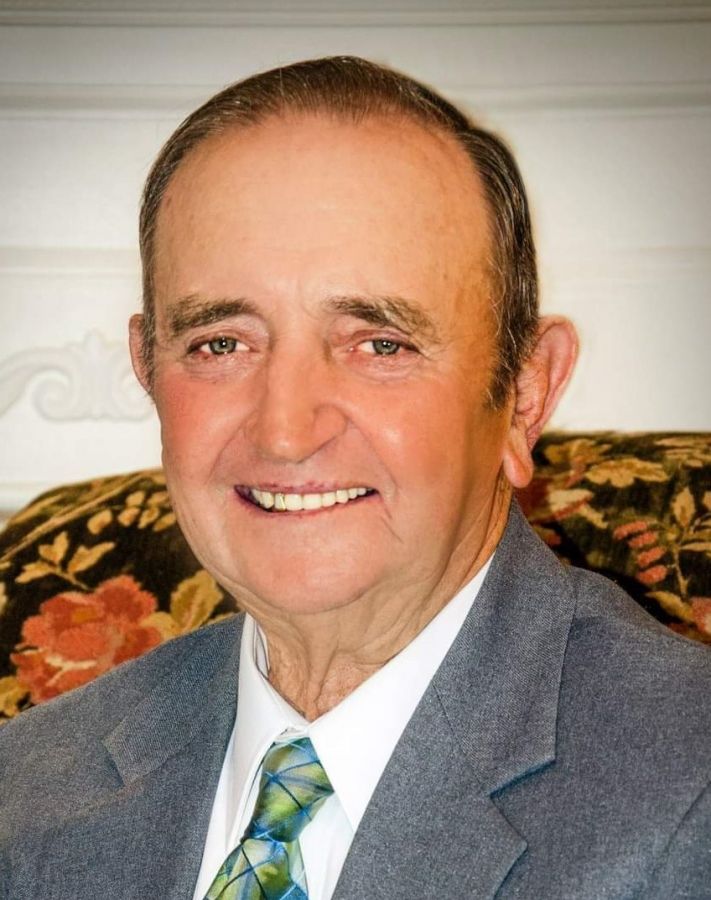 Donald "Don" Duley, 95, of Hanna City, passed away on Sunday, June 26, 2022, surrounded by his loving family.
He was born September 28, 1926, in Dexter, MO, to Henry and Ethel (Appel) Duley. Don married the love of his life, Rosemary Stenger, in Kickapoo, IL, on October 1, 1947. Rosemary preceded him in death on August 6, 2008.
Don was also preceded in death by one son, Bob; one daughter-in-law, Cindy; his parents; five brothers, Earl Duley, Carl Duley, Estel Polen, Russell Polen, and Charles Polen; and three sisters, Mary Brown, Ruth Getting, and Alfreda Crane.
Surviving siblings are one brother, Ralph (Judy) Duley of Yates City, IL; and one sister, Dorothy Schell, of Peoria, IL.
Don and Rosemary had six children: five sons, Steve (Sandie) Duley of Pulaski, WI, Bob (Cindy) Duley of Farmington, IL (Bob passed away July 25, 2009, and Cindy passed away October 23, 2021); Ron (Kathy Thomas) Duley of Volcano, CA; Tom (Pat) Duley of Lexington, IL; Gary (Tammy) Duley of Hanna City, IL; and one daughter, Charlene (Chuck) McCollum of Peoria, IL. They also have 12 grandchildren and 26 great-grandchildren. Don is survived by his special friend, Vernece Homan. They have enjoyed the last 11 years together.
Don worked briefly at Shissler Seed Company in his early years and was a lifetime farmer, still actively farming in his late 80s. He was the man you did not want to disappoint, not because you feared him but because you loved and respected him so much. He showed honesty, outstanding work ethics and fairness. He always set a good example. Don was a great man and father, our family's rock. He will always be deeply missed and never replaced. May he rest in peace forever in Heaven with those that he loved that went before him.
A graveside service will be held at 10:30 a.m., on Saturday, July 2, 2022, at Elmwood Township Cemetery. A Celebration of Life will be held at noon at the Farmington Moose following the service.
In lieu of flowers, memorials may be made to Logan-Trivoli Fire Department and St. Jude Children's Hospital.
To view Don's video tribute or to leave online condolences, please visit www.oakshinesfuneralhome.com