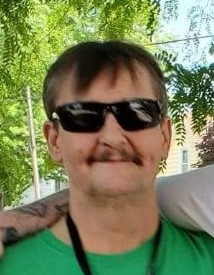 Aaron Stockman, 61, of Canton, passed away at 3:24 pm, Sunday, June 12, 2022 at the Graham Hospital. He was born on August 1, 1960 in Canton to William and Merlena (Slater) Stockman.
They preceded him in death along with his beloved Janie Boggs.
Surviving is his son Shane Stockman of Canton, step-daughter Laura Spahn of Canton, two step-sons; Joey Boggs of Farmington and Tony Newton of Canton, two brothers; Rick (Barb) Stockman and Steve (Debbie) Stockman both of Canton, two sisters; Jeannie (Rodger) Kinzer of Ipava and Vickie (late Randall) McMillan of Canton, several grandchildren and other extended family.
Aaron worked construction for most of his life. He loved to garden, fish and doing anything outside.
Cremation rites have been accorded and there will be no services. To leave online condolences, please visit www.oakshinesfuneralhome.com

Services for Aaron haven't been added yet. Sign up below to be notified when the services are updated.