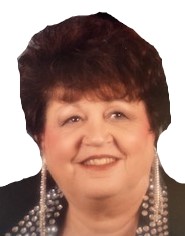 Janice J. Ewalt, 79, of Canton, formerly of Yates City, passed away at 3:35 p.m., on Sunday, April 24, 2022, at the Renaissance Nursing Home in Canton.
She was born January 11, 1943, in Peoria, IL, to Howard and Elaine (Elliott) Windish. She married Tom Ewalt on June 30, 1961, in Elmwood. He preceded her in death in 2002.
She is survived by four children, Everett (Michele) Ewalt of Elmwood, Todd (Robin) Ewalt of Canton, Britton (Heather) Ewalt of Yates City, and Tonya (Adam) Swingle of Beardstown; one brother, John Windish; two sisters, Glenene (Dale) Benson and Cheryl (the late Larry) Fleisher; ten grandchildren; and ten great-grandchildren.
She is also preceded in death by her parents.
Janice worked at the Yates City School Cafeteria for fifteen years and was later a Mary Kay Director. She was a also a member of the Arenzville United Methodist Church.
Cremation rites have been accorded. A graveside service will be held at 11:00 a.m., on Sunday, May 15, 2022, at Yates City Cemetery. A Celebration of Life will follow at noon at the Banquet Hall, 112 Magnolia Street, Elmwood, IL.
In lieu of flowers, memorials may be made to St. Jude and Elba-Salem Fire Department.
To leave online condolences please visit, oakshinesfuneralhome.com
Oaks-Hines Funeral Home and Crematory in Elmwood is in charge of arrangements.