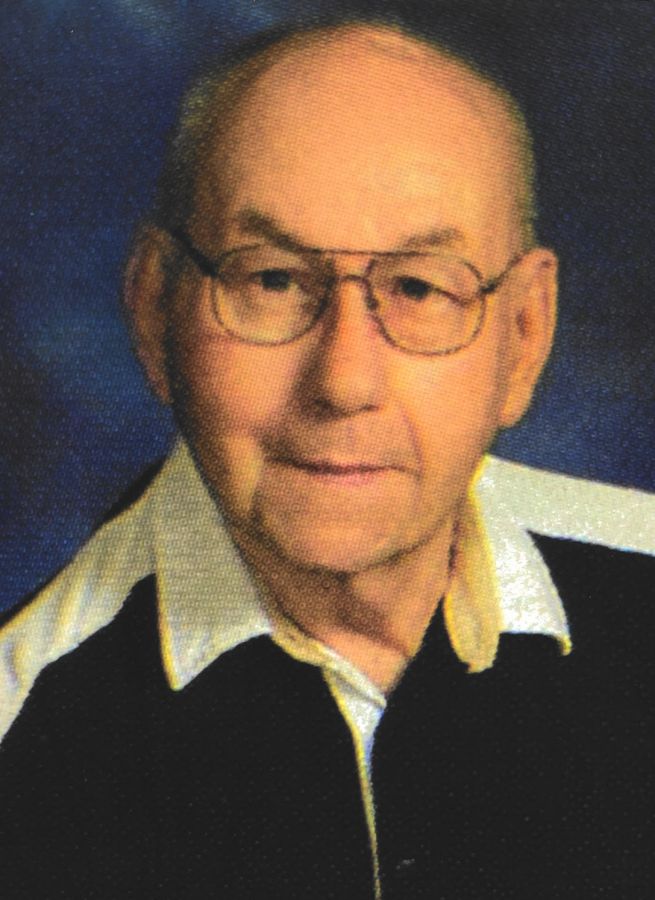 Get Tribute Updates
Share
Confirmation Grief Tribute Notifications
Iframe toggler
Free Newsletter
Join Now
Find Us On Facebook
Join Now
How Did We Do?
Review Us
Get the latest updates for Richard Lee Harkness's obituary straight to your phone Signup Now

Richard Lee Harkness, more commonly known as Dick or "Snuffy", age 85, of Canton, IL passed away peacefully on February 8th, 2022 at Graham Hospital in Canton, IL.
Richard was born on February 16, 1936 to Milo and Vera (Oldfield) Harkness in Elmwood, IL.
In 1963, Richard met Coralie Ellen Willson and they were married on November 15, 1964.
He is survived by his children, Lanny Williams of Des Moines, IA, Lori (Harry) Rumler of Canton, Terry Williams of Canton, and Shawn (Jen) Harkness of Huntington, IN.
He is also survived by 9 grandchildren: Joey (Sarah) Rumler, Jessica (Wesley) Kimbrough, Jake (Ashleigh) Williams, Charity (Tovi) Beoletto, Jared (Beth) Williams, Andy (Shelby) Harkness, Shelby (Jacob) Hansen, Brady Harkness, and Travis (Vivian) Williams and 8 great-grandchildren: Brooklyn & Bostyn Kimbrough, Bryson Rumler, Tinleigh Williams, Tovin and Trulee Beoletto, Trenton Williams, and Everleigh Harkness (and one great-grandson to be born later this year), and one brother Ronald (the late Cathy) Harkness, of London Mills and sister-in-law, Rosalee Doherty of CA.
Richard was preceded in death by his wife Coralie of 46 years, two sons, Danny Williams and infant son Joey Williams, his father and mother, Milo and Vera Harkness, two sisters Betty Wheeler and Kay Hogue and two infant great grandchildren. After Richard graduated from Elmwood High School in 1954 he entered the work force working as a truck driver for a short time and then spent most of his life working as a pressman at the Canton Daily Ledger and the Peoria Journal Star. He retired from the Peoria Journal Star after a long career there. Richard and Coralie spent their free time camping with family and friends. They loved to travel to the annual Old Threshers Reunion in Mt. Pleasant, Iowa. They were also long-time members of the First Baptist Church in Canton where he enjoyed being a part of the choir for many years. Richard loved working at the Food Pantry in the Baptist Church and spent many hours there, when his health allowed, passing out food to the less fortunate of Canton and Fulton County. He loved music and enjoyed listening to live music at the Big Creek Park Community Center and the American Grill. Services will be held on Saturday, May 14th at 2:00 PM at Youth Acres with a dinner to follow at the 1st Baptist Church in Canton. In lieu of flowers, the family requests donations be made to the First Baptist Church Food Pantry, an organization Richard felt strongly about. To leave online condolences please visit www.oakshinesfuneralhome.com

Dick was always such a sweet and giving man. He was such a joy to be around. He sure loved and lived for his family and God. My prayers go out to all of his family at this time.

Dick will be missed, he was the kindest man with a huge heart who loved the Lord and loved his Family!

Lori and Harry, you are an awesome daughter, always visiting and taking care of him....Praying for you all!

Lori, I am sorry to hear of Richard's passing. May the memories made over the years bring you peace and comfort during this time. Thank you for letting me meet and care for Richard, he was a wonderful man.

So sorry to hear of Dick's passing. The family was our neighbors when I was growing up. The whole family was always so nice to me, and Dick was always so soft spoken and gentle. Prayers for the family. He will be missed.

My heartfelt condolences and prayers to the family, May fond memories and carry you through and beyond this difficult time of grieving.

Lori I was so sad to hear of Richards passing. As you know he was my favorite buddy I sure loved taking care of him he was like the Grandpa I never had and so very kind we just clicked . My condolences to you and all the family. He was such a sweet and wonderful man I sure will miss him but will always cherish our time together .

Dick was a wonderful man, and father to my very good friend Shawn. He was always so kind to me, and I enjoyed many evenings of laughter with him and Shawn. Many nights staying over at their home, which was always so inviting. My prayers are for the entire Harkness family. So glad to know that Dick knew Christ as Lord and Savior. No better way to live, and no better way to die.

Our condolences to Richard’s family.
Dick, as we called him was always ready and willing to help at the food pantry. There was a time when he served on the membership team and would visit new attendees , he always represented our church in a caring way. It gives me joy to think of the reunion of Dick and Coralee.

The attached photos are added to the memorial of Richard Lee Harkness to help share their legacy.

Thank you for sharing your memory of Richard