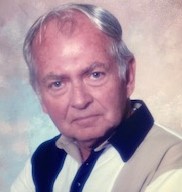 Wilson "Gene" Allen, 83, of Galesburg, passed away at 3:50 a.m., on Wednesday, January 12, 2022, at his home. Gene was the first child born to Wilson and J. Maxine (Henry) Allen on August 26, 1938, at their farm house in the little town of Shinntown, near Farmington, IL. He was a 1956 graduate of Yates City High School. He then proudly served in the Army from 1960 to 1962 in Fort Carson, CO, and Fort Sill, OK, where he was being trained for the Cuban Crises.
He married Shirley M. Starcevich in the Farmington Methodist Church on June 16, 1968. They had two sons, Eric and Robert, and together, they celebrated 53 years of family adventures, ball games, touring, and attending big and small town festivals and events. Meeting friends along the way was what made it so enjoyable.
He was employed for 27 years at Outboard Marine Gale Products Manufacturing Plant in Galesburg until it closed. Then he was employed at the Galesburg Water Works Car Wash as an assistant manager until retiring. He missed his fellow workers there so much that he returned to work part-time until his health started to decline.
He loved farm auctions and always brought home items that no one else wanted. He would then clean then up to work and make them look like new again. He liked rebuilding old tractors. He also enjoyed gardening every year and sharing his produce with everyone. He was the family handyman, which is the trait of the Allen family handed down from son to son. Shirley would design things for her use, and he would build to create it.
Gene was a member of the Knox County Farm Bureau Prime Timers and Galesburg Road Runners.
He is survived by his wife Shirley; two sons, Eric of Bensonville, and Robert (Casey) of Galesburg; two grandchildren, Caden and Colton Allen of Galesburg; one brother, Roy Allen of Farmington; one sister, Pamela Hanlin of Maquon; two sister-in-laws, Velma Jean Harris of Troy, OH, and Sharon Welker of Farmington; and two brother-in-laws, Larry (Carilyn) Starcevich of Farmington, and Rickey (Rhonda) Starcevich of Canton; and many nieces and nephews.
Gene was preceded in death by his parents; and three brother-in-laws, Jerry Harris, Thomas, Hanlin, and Kenneth Welker.
As were his wishes, there will be no visitation, and cremation rites will be accorded. A private burial of ashes will be held at Yates City Cemetery at a later date. Those wishing to honor his memory are encouraged to plant a tomato in the spring, or make a donation in his name to the Knox County Humane Society in Galesburg, where he got his beloved little beagle, Buddy.
To leave online condolences please visit www.oakshinesfuneralhome.com

Services for Wilson haven't been added yet. Sign up below to be notified when the services are updated.