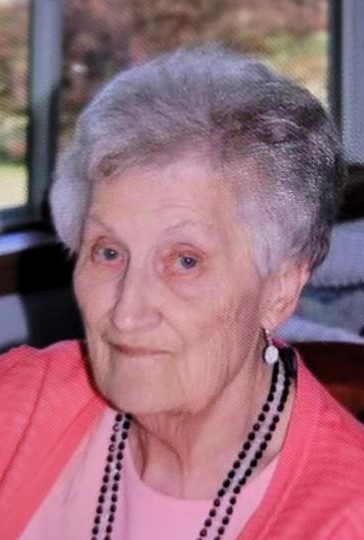 Dorothy L. Gray
Williamsfield - Dorothy Gray, 95, of Williamsfield, formerly of Cape Girardeau, Mo and Canton, passed away at 8:15 am, Friday, January 7, 2022 in Wilsonville, AL. She was born on June 27, 1926 in Cape Girardeau to Arthur and Helen (Bertling) Kelpe. She married James F. Gray on June 14, 1945 in Cape Girardeau, MO. He preceded her in death. Also preceding her in death were her parents, one brother, two sisters, one son-in-law, three brother-in-laws, two sister-in-laws and one niece.
Surviving are three daughters; Nancy (Robert) Kinzer of Wilsonville, AL, Katherine (J.D.) Pratt of Williamsfield and Jamie (Bruce) Hobson of Warrenton, MO, two brothers; Gerald (Bonnie) Kelpe and James (Jeannie) Kelpe both of Cape Girardeau, MO, nine grandchildren, nineteen great-grandchildren, six great-great- grandchildren, three step grandchildren, and two step great grandchildren.
Dorothy worked as an LPN at Graham Hospital in Canton and OSF St. Francis Medical Center in Peoria. She also co-owned Dog-N-Suds in Cape Girardeau with her husband.
Private family services will be held at a later date at Oaks-Hines Funeral Home in Canton. Burial will follow in Greenwood Cemetery in Canton. Memorials can be made to either Trinity Lutheran Church or St. Jude Children's Hospital. To leave online condolences please visit oakshinesfuneralhome.com

Services for Dorothy haven't been added yet. Sign up below to be notified when the services are updated.