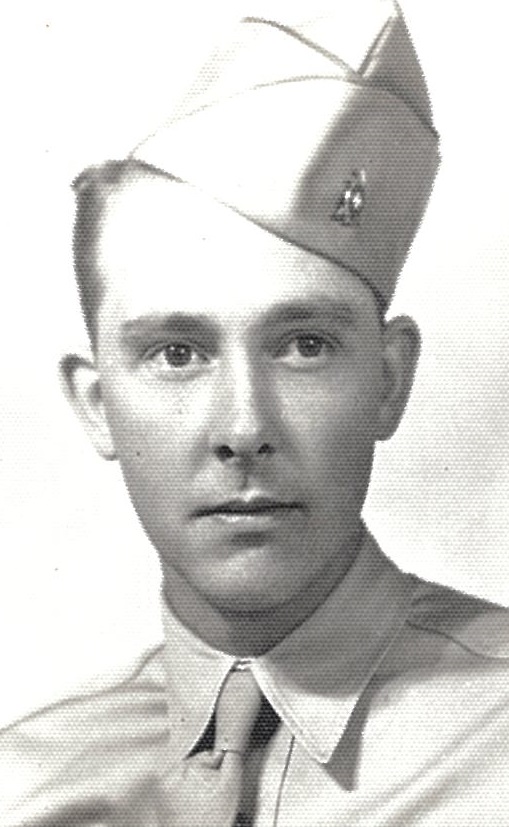 Get Tribute Updates
Share
Confirmation Grief Tribute Notifications
Iframe toggler
Free Newsletter
Join Now
Find Us On Facebook
Join Now
How Did We Do?
Review Us
Get the latest updates for Lee E. Zink's obituary straight to your phone Signup Now

Lee E. Zink, 101, the oldest living citizen of Yates City, passed away at 1:57 a.m., on Sunday, January 3, 2021, at Graham Hospital in Canton. He was born June 12, 1919, in rural Hartford, KS, to Omer Robert and Minnie Eunice Zink. Lee married Shirley Ann Carey on March 2, 1947, in Canton, IL, and preceded him in death on March 11, 2001. Lee was also preceded in death by his great-granddaughter, Kinsley Marie Tomlinson; his parents; Omer Robert Zink; step-dad, Ira Clarence; Minnie Eunice (Colglazier)(Zink) Bybee; grandparents, James Sherman and Emmaline Melissa (Cline) Zink; Albert Luther and Mary Elizabeth (Walliser) Colglazier; and numerous cousins, aunts, and uncles.
Lee is survived by his daughters, Karen (Dave) Richards and Norma (Larry) Bowhay; granddaughters, Christie McMearty (Danny Terpstra); Lindsey Bowhay (Ron Gill); Stephanie Bowhay (John Tomlinson); great-grandchildren, Angus and Ainsley Terpstra; Faith and Emma Greathouse; Brayden Stevens and Karsyn Tomlinson.
Lee's dad, Omer, passed away on Lee's second birthday. He and his mom then moved to Pueblo, CO. This is where Lee attended kindergarten. It was while they lived here his mom met Ira "Slim" Bybee. They gathered their things and moved to Illinois. Eunice and "Slim" were married, and they all settled on a farm southeast of Farmington, known as the Concord Community. Lee attended the Concord Country Grade School all eight years. Four years later, he graduated from Farmington High School and a member of the Class of 1937.
Following graduation, Lee worked at IH in Canton and on the farm. In 1941, he went into the military and did basic training at Ft. Bragg, North Carolina; from there, to the 2nd Armored Division Company "B" 14th Field Artillery Battalion, nicknamed "Hell on Wheels." Lee was stationed at Ft. Benning, Georgia, when Pearl Harbor was hit. So, began WWII.
During the years, Lee, as part of "Hell on Wheels", was in Theatre I, the European, and Theatre II, the Mediterranean, the African and Middle Eastern Theatre. Battles and campaigns during this time: Algeria-French Moroccan, Sicilian, Normandy, Northern France, Ardennes and the Rhineland.
"Our battalion was in the second wave at Normandy. When we got there, Normandy was already a bloodbath. There were bodies and body parts all over. Some of the guys barely got on the beach; others didn't even make it that far."
"The Hedgerows was another tremendous situation; the enemy was hidden within."
"We were preparing for an attack to break through at Saint-Lo, France, when a terrible thing happened. Our air support dropped their bombs short and devastated our own troops," quotes from Lee's memories. "Some want to know the ins and outs of the whole thing. I've already lived through it once. War is destructive and devastating. This is why most don't talk about it, especially to any great extent, if at all." T-5 Zink was presented with the Bronze Star.
A while after he and Shirley were married, Lee got the job as parts manager for John Deere Implement in Yates City. And in doing so, they moved from Canton to Elmwood, and lived there until December 15, 1955. This was the day Lee, Shirley, and Karen moved into their home in Yates City. That was a close call. Baby Norma expected at Christmas, arrived four days later.
Lee broke from John Deere in 1961, and joined Sweeney D-X Gas and Oil Distributorship. Along with delivering gas and oil, Lee also drove a school bus for YCSD. In between, he was a fireman for the Yates City Fire Department. As the years progressed, companies merged, bought, and sold. Sweeney D-X eventually became D-X, Smith Oil took over, then SUNOCO. Lee and Shirley proudly owned and operated Zink Oil Company, and sold SUNOCO products until retirement in 1991.
Lee was a lifetime member of American Legion Post #638, lifetime member of VFW Post #4724, Past Post Commander from 1968 to 1969, and a lifetime member of Masonic Lodge #363.
Lee was a member of the Yates City Faith United Presbyterian Church.
There will be no visitation. A private graveside service with military honors will be held at Elmwood Township Cemetery. Pastor David Pyell will officiate.
Memorial donations may be made to SAMS Rescue, the Elba-Salem Fire Department, St. Jude, or to a worthwhile cause of your choosing.
To leave online condolences or to view Lee's service video, please visit www.oakshinesfuneralhome.com

THIS MAN'S LIFE AND ACHIEVEMENTS SHOULD NEVER GO UNNOTICED. WHAT A TRUE AMERICAN PATRIOT HE WAS. THIS LIFE SHOULD BE RECORDED IN LOCAL HISTORY BOOKS!

Our deepest sympathy to the families.

Sorry to hear of Lee's passing. Always enjoyed visiting with him when we'd see him uptown for breakfast. We send our condolences to the family.

Thank you for your service for our nation. RIP an God Bless

My heartfelt sympathy and prayers to the family, Deuteronomy 32:7 tells us to remember the days of old special moments spent together, valuable lessons given or comforting words shared together can be a source of comfort to the family during such a tremendous loss to the family.

RIP Mr. Zink and thank you for your service to your country!

I'm very sorry to hear of Lee's death. He was like the energizer bunny as you said. A life well lived.

The services for Lee have not yet been added. Please sign up below to be notified when the services are ready.

Iframe toggler
Free Newsletter
Join Now
Find Us On Facebook
Join Now
How Did We Do?
Review Us
Check-in to Lee's service!
Add Lee's service to calendar

The attached photos are added to the memorial of Lee E. Zink to help share their legacy.

Thank you for sharing your memory of Lee