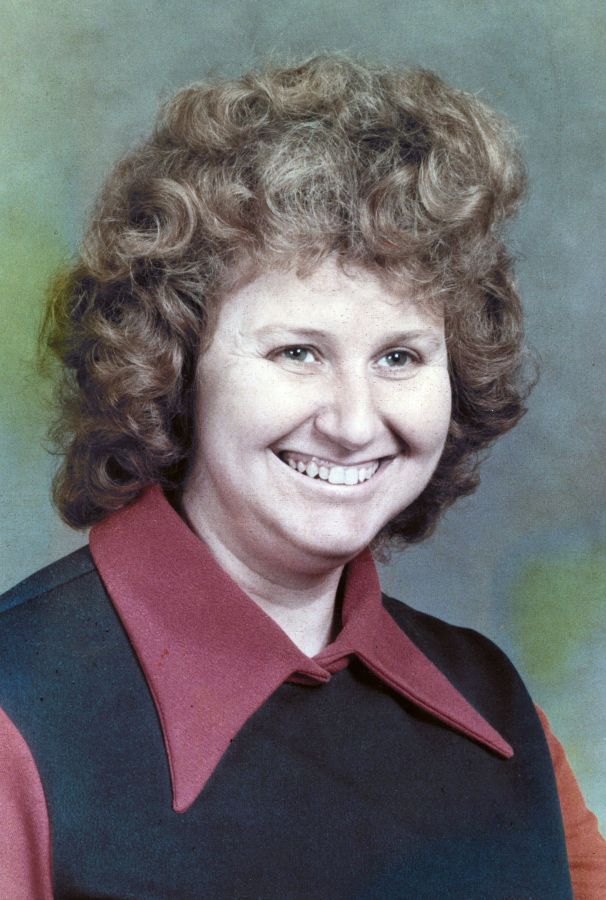 Get Tribute Updates
Share on Facebook
Confirmation Grief Tribute Notifications
Iframe toggler
Free Newsletter
Join Now
Find Us On Facebook
Join Now
How Did We Do?
Review Us
Get the latest updates for Dixie L Hebb's obituary straight to your phone Signup Now

Dixie L. Hebb
Canton- Dixie L. Hebb, 84, of Canton, passed away Friday, October 9, 2020, at her home in Canton.
She was born on May 21, 1936, in Peoria, to Ralph and Hallie (Westerfield) Williams. They both preceded her in death.
She is survived by her husband William "Bill" Hebb, whom she married on November 28, 1953 in Canton.
Also surviving are seven children, Billie (Walt) Barra, Becky (Daniel) Bruketta, Brenda (Chuck) Kinsel, Bruce (Sarah) Hebb, Rosemary (the late Larry) Wilcoxen, Mary Jane Blanton Schuman, and Isaac Schuman, Eleven grandchildren, Stacey Ashwood, Carey Brooks, Amy Pasco, James Bruketta, Ann Ogle, Lavada Smith, Oscar Kinsel, Hannah Kinsel, Nancy Kinsel, Clancy Kinsel, and Zachary Hebb, twenty great grandchildren, and one great great grandchild on the way.
She is also preceded in death by two sisters, Diane Simon, and Dawn Williams and one grandson, Jason Brooks.
Dixie worked at Clayberg Nursing Home in Cuba as a CNA, retiring in 1996.
She was a member of the Assembly of God Church in Canton, where she also taught Sunday school
Dixie and Bill volunteered at the Fulton County Humane Society, she was a judge for the Fulton County Boxing club for several years, she rode horses in the rodeo, was a member of the "Buzzy Bee's" Bowling team, and showed Wild Flower Arrangements at the Fulton County Fair. She also enjoyed genealogy.
A private funeral service will be held.
Burial will be held at White Chapel Memory Gardens in Canton.
Memorials may be made to the Fulton County Humane Society.
To leave online condolences, please visit www.oakshinesfuneralhome.com

Bill...
Sorry to hear about the passing of Dixie. Remember you both when you were first married and lived in the house on the "hill" from us.
Gary Hebb

I am so sorry to hear the kids of Dixie. My thoughts and prayers are with all of the family during this difficult time.

I’m sorry Bill and Brenda for your loss. I am praying for you that God will comfort you at this time. Shirley Peters

Becky and Families , Sorry for your loss. Your Mom worked hard. RIP Dixie. You have my sincere sympathy. Holly

So sorry to hear of Aunt Dixie’s passing, at least we know she is in a better place. Praying for the family

So sorry for your loss. Thoughts and prayers for the family.
Jane Williams

So sorry for your loss. Dixie was always a sweet lady! Praying for the family.
Tim and Laynah Rogers

My heartfelt sympathy and prayers to the family, May fond memories and God’s loving words carry you through and beyond such a tremendous loss to the family. Isaiah 57:15

Bruce and Sally, Danny and Becky, and the rest of the Hebb family. We are so sorry to hear about the loss of your wonderful mother. We had met her on a few occasions and know what a lovely and spiritual women she was. We are praying that God can help you through these sad and difficult times. The earth has lost a wonderful mom, wife, grandmother, and great grandmother but heaven has gained another angel. Your family is in our every thought and in our prayers. With deepest sympathy, Darren and Sandra Clendenny

We are so very sorry for your loss. She is in Heaven now and not suffering anymore. We were so glad that she was able to come back to church the last few months of her life. She will be missed by many. You will be in our thoughts and prayers.

I am so sorry for your loss. I saw the picture and thought it was Diane.

The services for Dixie have not yet been added. Please sign up below to be notified when the services are ready.

The attached photos are added to the memorial of Dixie L Hebb to help share their legacy.

Thank you for sharing your memory of Dixie