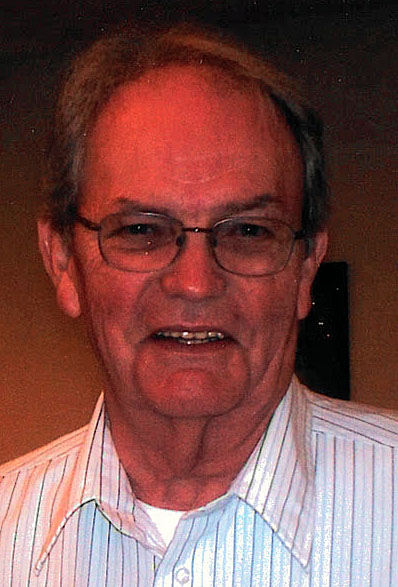 Get Tribute Updates
Share on Facebook
Confirmation Grief Tribute Notifications
Iframe toggler
Free Newsletter
Join Now
Find Us On Facebook
Join Now
How Did We Do?
Review Us
Get the latest updates for Warren McGhee's obituary straight to your phone Signup Now

Warren McGhee
Canton- Warren McGhee, 80, of Canton, passed away Monday October 5, 2020 at Graham Hospital in Canton.
He was born on February 16, 1940, in Rushville, Illinois, to Ora W. and Hazel M. (Ford) McGhee. He married Mary Katherine (Kay) Musolino, on August 6, 1960 and she passed away on March 24, 2005.
They had five children, Mike (Cess) McGhee, Kelly (Ed) Jobson, Jerry (Becky) McGhee, Katherine (Jeff) McGhee, and daughter Ryan (Mike) Wolbing.
He then married Joyce McElroy and gained three step children, Gwen (Randy) Jester, Steve (Tina) Lister, and Lisa (Dennis) Kenser. On November 11, 2006 together the blended family increased to eighteen grandchildren and thirteen great grandchildren with one on the way.
Warren is preceded in death by his parents, wife Mary, and two sisters, Doris Lynn Roberts and Sharon Kay Sorrell
He was a veteran serving from 1957 until 1962 in the Navy Reserves and the United States Air Force.
Warren attended Canton High School graduating in the class of 1958 and later returned to Spoon River College in 1972 graduating with honors being a member of Phi Theta Kappa in 1974. He attended Western Illinois University taking a few additional hours.
Warren worked at International Harvester in Canton from 1962 until March 1984 when he transferred to the IH truck plant in Springfield, Ohio. There he worked until his retirement in 2001, having worked for over 39 years. After being retired for awhile he got a job that wound up being almost a second career. He was hired as a security guard at the Fulton County Courthouse in December 2003. After nearly eleven years as a security officer he transferred to a non 911 tele communicator (fancy for switchboard operator) working there until he had sixteen years with the Sheriff's Department. He had a very special feeling for this group as they were so very supportive and caring during his periods of illnesses.
Warren enjoyed his family and friends, playing cards and socializing when he was not working. He also started to play golf when he got older and really took a liking to the sport. He also was quite a sports fan. He enjoyed them so much that he became an official with the Illinois High School Association and the AAU. He rose to the certified level in Football and track and field, and to the recognized level in basketball. He certified at the International level in the AAU. He transferred to the Ohio USAT&F, (United States of America Track and Field) association which had replaced the AAU.it really was track and field he had most of his enjoyment. It was with the Ohio group that he was able to start working for the Ohio State group and many doors were opened up. During his time in Ohio he worked over a dozen Big Ten Championships and Championships at the Division I,II and III indoor and outdoor Championships. With his association with USATF he was able to work at the International level when countries would come into the Untied States for World Championships. He also worked cross country and long distance road racing such as half marathons and full marathons. He worked Columbus Marathon from 1986 to 2001 including the 1992 Olympic Marathon Tryouts. But what he enjoyed most was the fact that he worked the Illinois High School Championships for 47 years being made the Honorary Referee in 2004. Although it was not widely known fact Warren loved to dance. From the days on High School and the days at the pavilion at Lake Story in Galesburg to the line and country dancing of his senior days he really enjoyed "Cutting" the rug. He also loved to travel. He especially enjoyed Yellowstone and the Badlands. Other trips that he enjoyed was cruising the Hawaiian Islands and the sailing back to the mainland, the trip to Alaska up the interior cruise and then going to Denali Park and touring Alaska was greatly enjoyed. He was able to go on the cruise for the inner and outer Caribbean Islands, visiting friends that lived in Guatemala was also enjoyed.
A visitation will be held Friday October 9, 2020 from 2:00 p.m. until 5:00 p.m. at Oaks-Hines Funeral Home where a Rosary service will be held at 5:00 p.m. Following the rosary service a celebration of life will be held at the American Legion in Canton.
A burial of ashes will be held at a later date at St. Josephs Catholic Cemetery in Canton.
Due to COVID 19 mandates a mask will be required.
In lieu of flowers memorials may be made to St. Mary's Catholic church in Lewistown or to St. Jude's Children's Hospital
To leave online condolences, or to view Warren's video tribute please visit www.oakshinesfuneralhome.com

We pray for the repose of the soul of a fine boy that became a good and talented man responsible for many valuable and useful works.
From a classmate, teammate, and neighbor,
Larry Stanfel

I don't think I know any of Warren's family, but I am sorry for your loss. I really liked Warren and we graduated together. Didn't he. have a brother? I thought I used to ride with him on his bike.

Very sorry for your loss Joyce and children. May you be comforted knowing Warren is not suffering. Prayers for peace and healing.

My condolences and prayers to the family, May the

Joyce, my thoughts are with you. I worked with Warren for many years, as you know, at the Fulton County Courthouse. I admired his combination of professionalism coupled with a genuine folksy demeanor. He was well liked by the entire courthouse staff. I depended often on Warren to help make the courthouse run safely and efficiently. He did his job well. I shall especially miss the bond of friendship which you, he and I enjoyed together. I shall miss him greatly.

The attached photos are added to the memorial of Warren McGhee to help share their legacy.

Please help memorize Warren McGhee by recording your attendance below.

Thank you for sharing your memory of Warren