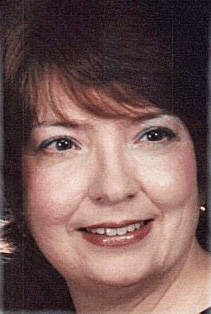 Get Tribute Updates
Share on Facebook
Confirmation Grief Tribute Notifications
Iframe toggler
Free Newsletter
Join Now
Find Us On Facebook
Join Now
How Did We Do?
Review Us
Get the latest updates for Constance "Connie" Smith's obituary straight to your phone Signup Now

Connie Smith
Canton - Connie Cook Smith, 71, of Canton, passed away on September 19, 2019 at OSF St. Francis Medical Center in Peoria. Connie was born on December 9, 1947 in Canton, to LaVern and Genevieve (Bitner) Cook. She married Mark Smith on October 21, 1990 in Bartonville. He survives along with a daughter Erin Robertson of Santa Cruz CA, niece Kimberly Hedden Welch (Jacob) of Denver CO and cousins Dean (Ruth) Bitner of Joliet, IL. and Suzie (Rocky) Diederich of East Peoria.
Connie spent the first 6 years of her life in Glasford until the family moved to Canton in 1954. She is pre-deceased by her parents, and a sister, Carolyn.
Connie was known for her warm sense of humor, her sparkling and articulate writing, her intelligent research, her beautiful singing and original song writing.
Connie loved school! Especially her beloved Jr. High from 1960-1963, that resembled a "School for Wizards." There she was involved in student government, class plays, Baptist Church groups, Girl Scouts, a stand-out percussionist with a band uniform jacket loaded with blue ribbons. One noteworthy event was performing her thundering "Buwanna Beat" to fire batons during halftime at Alice Ingersoll Gym. She graduated in 1966 from Canton High School. While at Canton Community College (Spoon River College) Connie found herself as a reporter (special features writer) for the Canton Daily Ledger and was hired to spend the day with the Doors in 1967 and write a feature on the band. Lastly, Connie went to college at Northern Illinois University (1968-1970) focusing on English courses and American History.
Connie moved to Baltimore and worked at various advertising agencies and was hired as an instructor for the Responsive Learning Center, a literacy-improvement program. From Baltimore she moved to Los Angeles to work at a Montessori School, served as a trained counselor on a Suicide Prevention Hotline, then eventually marrying Dwight Robertson (d. 2016). They had one child, Erin Robertson. In 1980 the family migrated to Peoria Illinois where Connie focused her interests in American History research and writing and wrote many letters-to-editor on corrections to misinterpretations of "traditional American values" that were published fairly frequently in most regional newspapers, but also in the Baltimore Sun, the Los Angeles Times, Newsweek Magazine, Time Magazine, and numerous other publications as well. She was also passionate about human rights (woman, men, all life) and from 1981-1985 was the co-founder and president of The Friends of Robert G. Ingersoll.
In November of 1981 Connie was one of many in her neighborhood, including two Illinois State Troopers, who witnessed a "startlingly beautiful" object hovering above the neighborhood one night. Rick Baker (then famous columnist for the Peoria Journal Star) wrote about it in one of his columns, and Connie remained inspired by the beauty of the UFO and suddenly began composing upliftingly lovely songs. In 1987 she created "The Wonderful Reality of the UFOs" seminar/concert where her current husband, Mark Smith, attended. They were married in 1990. Connie and Mark became the music duo "Cook'n'Mark" and performed at schools (including the anti-drug program "Operation Snowball"), coffeehouses and special events. Their music was about bringing out the best within all people and "seeing the sunlight behind the storms." Connie was featured on the front page of The Wall Street
Journal in September of 1990 for her UFO experiences which lead to many adventures including the TV show "Unsolved Mysteries" yet decided not to use her story because it was "too positive."
In 1997 Connie's life dramatically changed when her husband had emergency brain surgery leaving the music duo at a loss. Then in 2014 Connie suffered a stroke which lessened her own health, her music abilities, and her writing abilities.
At Connie's request, no special services are planned. Cremation rites have been accorded and Mark invites family and friends to a public Celebration of Life at the First Congregational Church, 159 N. 2nd Ave., Canton, IL. 61520, for his beloved wife at a later date. Memorials can be made to Architects and Engineers for 9/11 Truth, or to the First Congregational United Church of Christ.
Oak-Hines Funeral Home and Crematory in Canton is in charge of arrangements. To make online condolences please visit www.oakhinesfuneralhome.com

Connie's Celebration of Life Service will he held on Sunday October 27, 2019 @ 2pm at the First Congregational United Church of Christ 159 N. 2nd Ave. in Canton.
Mark welcomes those who can attend to share your memories on Connie. We will have a simple indoor Service, and weather permitting, we will them go outside to the Peace Garden to blow bubbles toward the sky and wish Connie a good and graceful journey Home remembering the joy she brought into our lives. After that we will go back inside for some food and share more memories. All will be provided. I hope you can make it to this meaningful moment with Mark.

Mark, I just found out about your terrible loss of Connie. I knew she was special, but I had no idea how much she had accomplished! Having you and Connie in the hospice training was a joy. I loved your music. May God bless and keep you!!!

Dancing with her Dad, LaVern Cook "Cookie," at our wedding. 1990

Cute as a bug!

Connie dressed as "Reddy Kilowatt" (her mom worked at CIPS) for a Canton Friendship Festival parade. She's either pondering the nature of the Universe, wondering how electricity works, or just plain being goofy! Who Connie??

Drum Major. She loved twirling that baton! What a cutie!

I think this was when she was a reporter for the Canton Daily Ledger when she interviewed/spent the day with Jim Morrison and The Doors just before "Light My Fire" became a #1 hit.

Our first concert together. November of 1987. Unity Church Peoria.

Connie's beloved Junior High band jacket full of 1st prize metals from contests. She was the First Chair drummer in band. Connie loved to talk about how she was able to play a paradiddle so fast that it sounded like a roll.

She looked beautiful in this shirt Cousin Suzie.

I am so sad to have lost my dear, sweet cousin but happy that she has left her earthly body to be with the angels. Love you Mark. Rocky & I are here for you.

Mark, our love and sympathy are with you during these trying times. Please know that we truly believe Connie was a special person in our life and cherish our time together. Our family is always hear for you when you need us. Love, Michael, Jaime, Jaylyn, Jolia and Jewel Filio-Woods

Mark, my deepest sympathy. What a bright and beautiful soul she is. Such a gift to have known her this time around. Love and Peace, always. Tammy Dean

So very sorry to hear of Connie's passing. We went to school together-all of us in the class of 1966. She will be missed by all of us. Rest in peace Connie. Jim and Marcie (Shumaker) Myers

Mark,
I'm so sorry to hear of Connie's passing. She was funny and so talented. I know from our many talks just how much you loved her and how much she loved you too. You were good for each other. She's with God now and singing with the Angels!
Your many friends love you too. 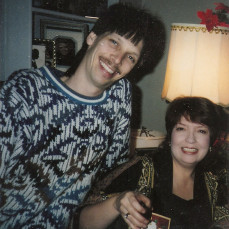 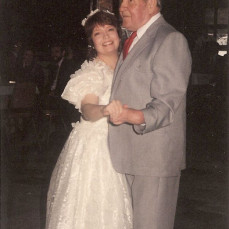 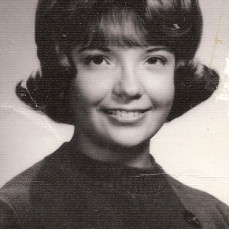 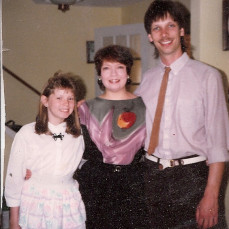 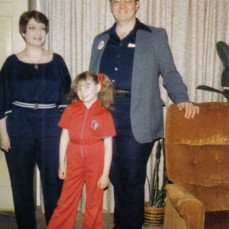 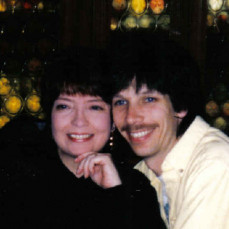 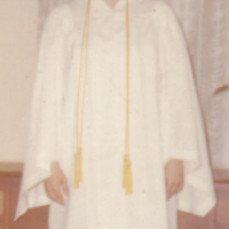 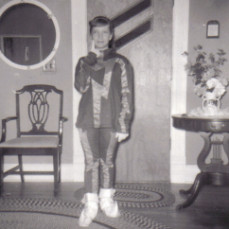 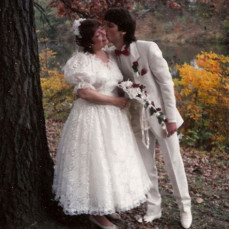 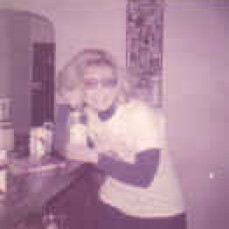 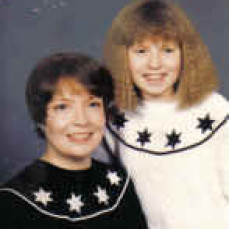 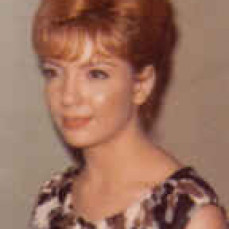 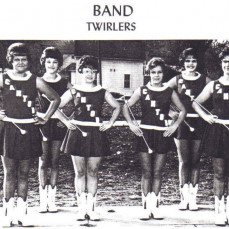 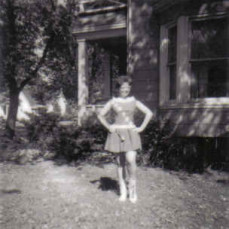 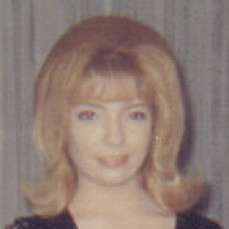 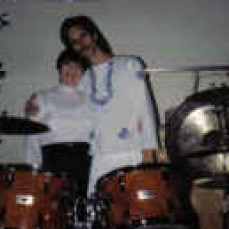 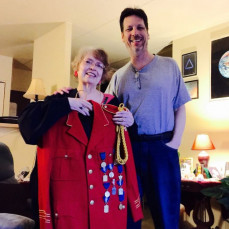 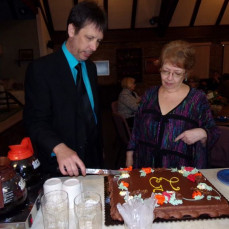 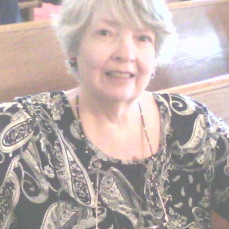 The attached photos are added to the memorial of Constance "Connie" Smith to help share their legacy.

Thank you for sharing your memory of Constance "Connie"