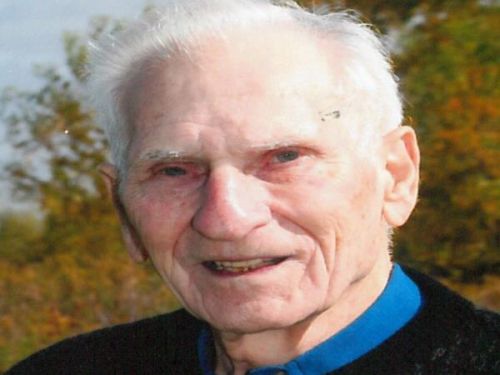 Dwayne Beadles
Canton Dwayne F. Beadles, 88, of Canton, passed away on Sunday, May 10, 2015, at his residence.
He was born on March 23, 1927 in Astoria to Frank and Lavina Bair Beadles.
He married Carol Kuhn on February 19, 1950 in Canton. She survives.
Also surviving are his children Daniel (Pam) Beadles of Pekin, Linda K. (John E.) Bordner of Canton, Barbara Beadles Taylor of Canton, grandchildren, Troy Bordner, Shauna Freeman, Donald Beadles, Tracy (Stacy Phillips) Bordner, Carlye Scalf, Damon (Amanda) Beadles, Scott (Bianca) Beadles, Jillian (Justin) Jansen, Jackson (WaWa Paduret) Junker and great grandchildren, Whitnee, Sam, Blakelie, Kyra, Zoe, Alina, Madeline, Raiden, AnnaSophia, Savannah and Griffin.
He was preceded in death by his parents, brothers, Donald, Bob, Rod and Odie and sisters, Doris Hardwick, Marilee Feldner and infant sister Genieve.
Dwayne served in the U.S. Army during WWII. He retired in 1983 from International Harvester in Canton. He was a diehard Cubs fan and an avid bowler and gardener. He was also the father of the year for the Canton Water Polo team.
Most of all he will always be known as a dedicated husband, father, grandfather and great grandfather.
A graveside service will be held at 11 am, Thursday, May 14, 2015, at the White Chapel Memory Gardens in Canton. There will be no visitation per his wishes.
Cremation rites have been accorded
Oaks-Hines Funeral Home in Canton is in charge of arrangements.
In lieu of flowers memorials may be made to K.AR.E.
Online condolences may be posted at www.oakshinesfuneralhome.com.