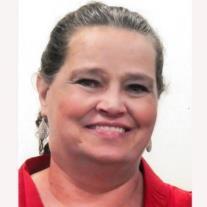 Paula Taylor
Canton Paula A. Park Taylor, 59, of Canton passed away at 6:48 a.m. on Monday, August 10, 2015, at OSF St. Francis Medical Center in Peoria.
She was born June 11, 1956, in Rushville, the daughter of James (Iva) Park and Betty (Sid) Peterson. She first married Todd A. Zaborac on December 20, 1975, and later married Richard L. Taylor on April 2, 1994. He preceded her in death on September 15, 2010.
Surviving are her two daughters, Adrenne (Bill) Embree of St. David and Tara (Joe) Drinkwater of Canton; two grandchildren, Tayler and Gage Embree; two step-daughters, Kelly (David) Taylor and Kathy (Chris) Walljasper; four step-grandchildren, Jesse and Zachary Taylor, and Danielle and Rachel Walljasper; two brothers, James (Cindy) Park and Michael (Carol) Park, both of Houston, TX; four sisters, Debra (Michael) Stambaugh of Canton, Rebecca (John) Hubbard of Peoria, Linda (Tom) Smith of Nacogdoches, TX, and Brenda (Brian Morse) Park of Yates City; along with several aunts, uncles, nieces, and nephews.
She was preceded in death by her parents and one grandson, Fisher Lee Drinkwater.
Paula was a homemaker. She enjoyed baking, candy making, and spending time with her grandchildren and pets.
Cremation rites have been accorded. Graveside services will be held at 11:00 a.m. on Friday, August 14, 2015, at White Chapel Memory Gardens in Canton.
In lieu of flowers, memorials may be made to the family.
To leave online condolences, please visit www.oakshinesfuneralhome.com